Himalayan Reinsurance given green signal by Insurance Board 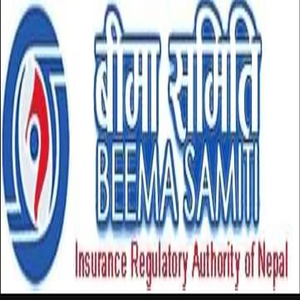 Himalayan Reinsurance has received an operating license from the Insurance Board (IB), following which it will become the second re-insurance company to operate in Nepal.

Among the five companies — Prudential Reinsurance, Kathmandu Reinsurance, Annapurna Reinsurance, Himalayan Reinsurance and Genuine Reinsurance — that had submitted applications for approval to the Insurance Regulatory Authority of Nepal, Himalayan is the only company to be be granted the license, according to an IB official.

The insurance regulatory body had published a public notice on April 3 seeking application from those willing to establish a reinsurance company. Earlier, the IB had specified that any company with a paid-up capital of Rs 10 billion is eligible for attaining a license as a reinsurer.

Currently, Nepal Reinsurance Company Ltd which was established by the govt of Nepal on November 7, 2014 is the sole operational reinsurance company in Nepal.

President of the Federation of Nepalese Chambers of Commerce and Industry (FNCCI) Shekhar Golchha, is the President of Himalayan Re-insurance. Meanwhile, the promoters of the company are a group of well known businessmen and business houses of Nepal.

Promoters of the Himalayan reinsurance will own up to 70 percent of shares while 30 percent of the total issued capital has been proposed for subscription by the general public through initial public offering (IPO).