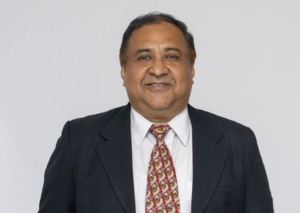 Joined Life Insurance Corporation of India as Direct Recruit Officer in 1990 and worked in various capacities in the business operations at the Branch Offices and Divisional Office till 1995. From 1995 to 2001, was posted at the Central Office of LIC of India, being a part of the Corporate Level Software Development Team, developing the Claims Modules of the Front-End Operation Package. Also worked in the Data Processing section of the Investment Department of LIC of India
In between, was deputed to Kenindia Assurance Company Limited, Kenya in 1997, to streamline the IT Systems of the Life Operations of the Company

He was posted as Manager of the LIC (Nepal) Ltd from October 2004 to March 2008. During this period, the Company had just started its Operations in Nepal 3 years ago, and it was the period in which the Company was just starting to consolidate its position in the Nepalese Insurance Industry and on its way to expansion. He played a key role in overseeing the process of this consolidation and expansion of the Company

Experience with Himalayan Re – Since its formation Days